-Weekend-Whaddup-Big Ducks, Tall Ships, an Air Show and the Beatles. 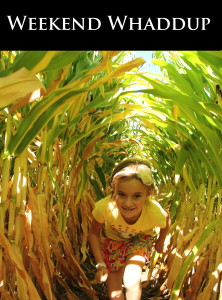 No really. This thing’s freakin’ huge. Does your kid love trucks, things that inspire awe because of their size, have a visual impact? I wouldn’t want to be nearby when this thing quacks.

And this is one well traveled big duck.

One might expect Rubber Duck to connect people to their inner child. What’s unexpected is its ability to synchronize a crowd in harmonious ways. The friendly inflatable has been described as having healing properties, and in nearly eight years of world travel, it’s been everything it was quacked up to be.

Rubber Duck is bigger than a sail on a great sailboat, so to keep it from blowing away, it is tethered to a heavy round barge. Just as with all works of art in a museum, people are not to touch it. People are encouraged to stay out of the waters of the Hague Inlet, and boaters and kayakers must keep a respectful distance. Souvenir replicas will be available for purchase.

Rubber Duck will be illuminated after dark, but in deference to those living near his latest oversized tub, the scene will go dark each night at 11 p.m. 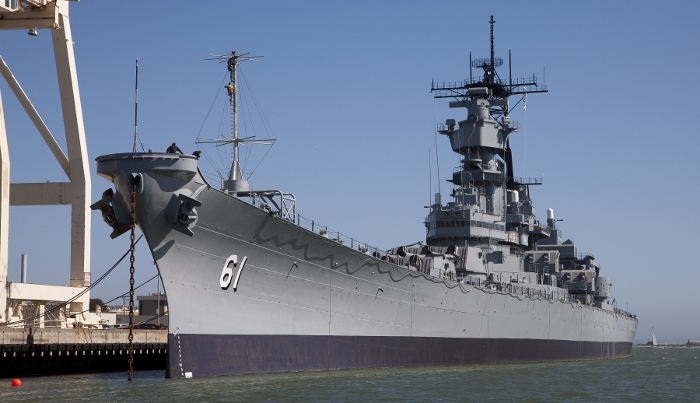 To learn more about the Dutch artist behind the project, Florentijn Hofman, click here.

It’s not just a duck. Did you know the D and F are right next to each other on the keyboard? I just found that out. Do the math, it’s funny.

Join us on the shores of the world’s greatest port as more than a dozen international and domestic grand Tall Ships sail into California waters from all over the Pacific Ocean for Tall Ships Festival L.A. 2014.

From August 20-24, 2014, the Port of Los Angeles will be just one of three west coast ports bestowed with the honor of welcoming these beautiful vessels to their shores, affording visitors the rare chance to catch a glimpse, step aboard, and even set sail on some of the grandest ships of yore. In addition, the historic Battleship USS Iowa and the Victory Ship, S.S. Lane Victory will also be open for tours with your ticket. 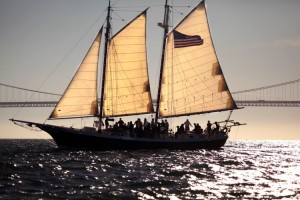 Tall Ships® Festival Los Angeles will showcase domestic and international ships, including some of the most acclaimed worldwide, including the official Tall Ships of the City of Los Angeles: Irving Johnson and Exy Johnson, The Twin Brigantines.

A Multi-Day On Board Ship Tour Pass is available for $19. The pass provides five-day access to the festival grounds, on board ship tours and countless activities.

In addition to onboard tours, Tall Ships® Festival LA will offer the opportunity for visitors to sail on the Pacific Ocean aboard the Schooner Freda B, Schooner Curlew and several others. Each vessel will sail several times daily beginning Thursday, August 21, Cost for each ticket is $85.

Other ticket options include:

While getting up close and personal with Tall Ships® is likely good enough for most folks, this unique event offers up plenty more than just playing Master & Commander. 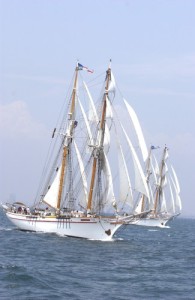 Loads of entertainment will pack the port with an eclectic taste of music that includes rock, jazz, Sea Shanty, Latin, Mexican, Big Band, Country and dance. Basically if it’s a style of music, it’ll be there. And if a slew of great music wasn’t enough, a few Tall Ship’s sails will be creatively used as gigantic movie screens showing entertaining flicks throughout the duration of the festival.

Education and children’s activities will also be a large part of the Tall Ships® L.A. Festival. Cannon demonstrations, authentic privateer encampment, real sword fighting with live steel, knot tying, weapon demonstrations and sail training with real tall ship rigging round out the impressive festival’s learning opportunities. Youth visitors can also try their hand at creating one-of-a-kind treasures and hand made creations with projects lead by the Port of Los Angeles’s own, Crafted.

Of course a festival of this magnitude would not be compete without a large selection of fantastic fare. A bevy of local options will be on hand including L.A.’s regional food trucks, California wine tasting and for the beer lovers, San Pedro Brewing Company will provide a curated, full craft brew menu featuring the region’s best brewers. And sampling the regional eats is great because it will give visitors just enough energy to check out the other local, regional, and national crafters. These hand-made creations will feature a wide variety of crafts including maritime-themed artwork.

Tall Ships® Festival LA is made possible by the Port of Los Angeles, Draw Events and the event’s sponsors.

Tall Ships® Festival LA 2014 takes place rain or shine. No ticket refunds or exchanges. Tickets are non-transferable. Your ticket does not guarantee access to all ships at all times. Prices include all applicable fees and taxes.

Tour da Arts, vol. 6 is the Santa Monica Museum of Art’s sixth annual cultural bike tour. Enjoy the creative side of bicycle culture (there is miles of it) on this casual, nine-mile ride filled with art, music, and theater.  Kids and parents can join for any part of the ride! 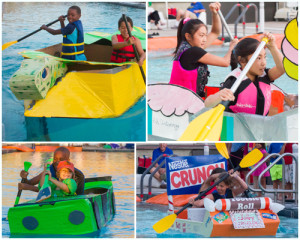 You had better be crafty for this one. Just worry if someone mentions a three hour tour.  I always do. Actually, this about building your own cardboard yacht and testing its “poolworthiness”. Build it at home from corrugated cardboard and duct tape, decorate it, then bring it to the Beach House to test your creation.  Silly awards will be given in a variety of categories and kiddos should bring all their biggest fans to cheer them on.

The fine print: Two people must be in the yacht during the race.  and if you want to sail without a grownup, you have to be 8 years old or older. All boats must be human-powered (no motors); oars/paddles are recommended. Pre-registration required; register early and enjoy building your boat with friends and family! For questions or more information, call the Beach House at 310-458-4904.

The Beatles Storm The Bowl

How many parents bemoan the lack of Hollywood Bowl in their summer once kids make an appearance?  Gone are the days of the bottle of wine, the cheese and crackers, listening to the music under the stars…  Not so fast!

It’s been 50 years since The Beatles played their first iconic show at the Hollywood Bowl, and Beatle-Mania is still going strong. Dave Stewart (Eurythmics)  will be joined by special guests to perform Beatles classics.

(One tip for parents making their first evening trip here with kids: the Hollywood Bowl offers only stacked parking.  So if you think your little ones might not make it through the whole show, consider parking at a lot further down the street where you can bail at will.)  And maybe instead of wine grab some juice boxes.  Or maybe both.

August is Airshow month at the Southern California Wing in Camarillo, Calif. Upwards of 15,000 people come out for the two-day Wings Over Camarillo Air Show. This year the show will take place the weekend of Aug. 23-24 at the wing’s facilities at Camarillo Airport.

Each year, volunteers from the Southern California Wing, EAA Chapter 723 and the Ventura County Ninety-Nines team up with the Wings Over Camarillo, the non-profit organization which sponsors the event, to stage two full days of fun and entertainment for the whole family.

This year, Chuck Aaron, one of the few pilots in the world to fly the Red Bull Helicopter upside down, will be joined by national air racing veteran and aerobatic pilot Vicky Benzing along with about 60 other pilots in flying demonstrations of a variety of World War II, civilian, experimental and historical aircraft during the four-and-a half hour Air Show. These include single aircraft demonstrations and aerobatic flying, formation flying, high speed runs down the fly zone, aircraft taxing in front of you into taxi way parking spots, and vivid descriptions over the PA system and history of the flying aircraft and their pilots at Camarillo Airport.

Other participating flying 60 to 70 year old aircraft are on static display too from 9 a.m. untill Noon, the start of the airshow. The early hours give show patrons an opportunity to walk up close to the aircraft, get a feel of that history, talk to the pilots who flew these aircraft in the 1940s and 1950s and talk to the pilots who fly the aircraft today and their ground crews. There is also entertainment, food booths, a variety of merchandise vendors and sizable classic car exhibits.

In the middle of all the action, guests are invited to the Legends and Heroes tent to visit with war veterans, real heroes from different wars. Each year the show is honored to host veterans wanting to share their first hand experiences with others. Those with children are encouraged to take advantage of this unique opportunity to make a personal connection the ones who did the work that led to Americas succ ess and preserved our freedom. No matter your age, come by and learn why we are all in debt to those who fought for us and why American Military Aviation changed all our lives.

Advance Internet Tickets are on sale at www.wingsovercamarillo.com.

Air Show gate admission is $15 for adults, and children under 12 are free.